This information can also be found at Storm Works Interactive. 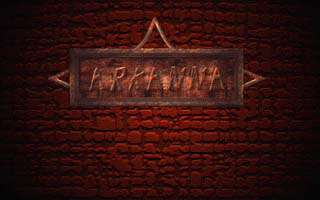 This game is being developed by a small company based in Austin, Texas  known as Storm Works Interactive. Arkanna will be released on Cartridge/CD. You will have to use both the cart and the CD for the game to work. The actual game will be on the cartridge and the CD will be used for the audio. According to those who have played the demo(found here) this game is somewhat like Myst. The story as found on their website goes like this: